As explained here back in April 2018, Texas lawyer Jason Lee Van Dyke registered the trademark on the words, "Proud Boys" for "Association services, namely, organizing chapters of a fraternity and promoting the interests of the members thereof" with his own legal entity, JLVD Holdings L.L.C., as the owner of the trademark.  At the time, Jason Lee Van Dyke was acting as a lawyer for the Proud Boys group.  You can read about that HERE.

Since then, Jason Lee Van Dyke was ousted from or quit the group.  Gavin McInnes, founder of the group, also quit.

On January 6, 2021, a group of rioters entered the U.S. Capitol in Washington, D.C., causing property damage and resulting in about 6 deaths of police and participants.  Various members of the Proud Boys have been arrested in connection with the attack.  You can read about that at The Guardian. 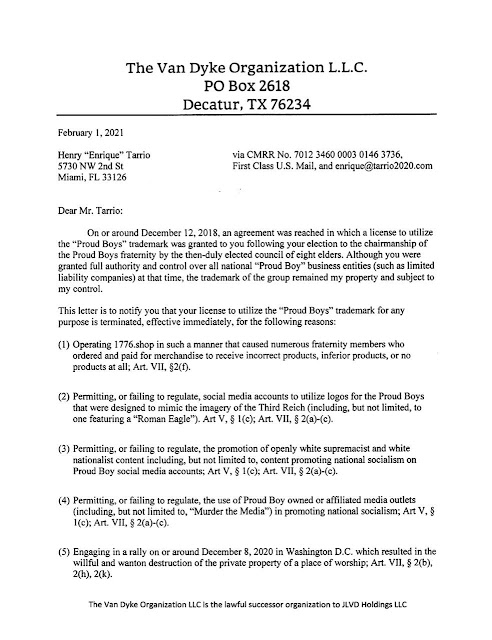 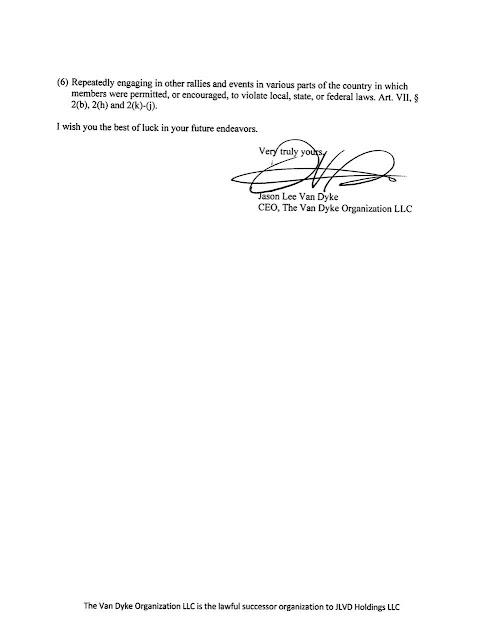 Now, Milo Yiannopoulos has offered to buy the trademark from Jason Lee Van Dyke and give it to the Proud Boys membership, if Enrique Tarrio agrees to quit the leadership, other than being the head of a local chapter. 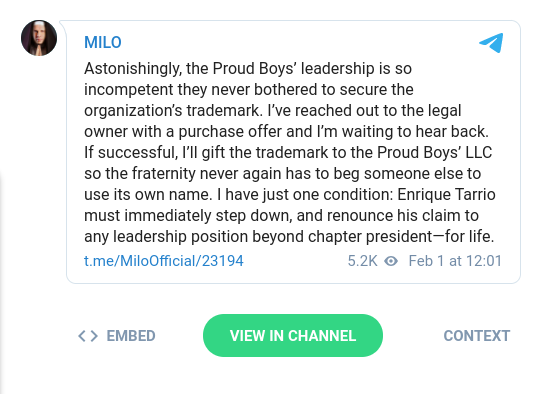 WHICH BRINGS UP THE TOPIC -- IS THIS LEGALLY POSSIBLE?  I think so, yes, as an assignment of trademark.  Jason Lee Van Dyke would have to agree to assign the trademark and the organization would have to agree to have it assigned to it.  Assignments are done using forms at the U.S. Trademark Office.  The reason I think it would be legal is because it would still be the exact same organization using and benefiting from the trademark.  Then, they'd file an ETAS form and pay a $40 fee.
Note: This is NOT legal advice.  You are not my legal client.  Blah blah blah, etc.
WILL THIS HAPPEN?  We shall see.
What is Milo's interest in the Proud Boys?  Who knows.  He has written that he wants to gift the trademark to the group so "the fraternity never again has to beg someone else to use its own name."
The World Trademark Review recently published an article in which I am quoted, entitled, "Proud Boys™ – far-right group's trademark could face cancellation, legal experts claim."  The article is pay-walled, but if you register, it is a well-written article and worth reading.