Independent Journalist Luke Rudkowski, of We Are Change, is touring Europe.  Someone tried to set him up by sending him an email (shown in full below)  claiming to have good photos of an event Luke had just covered.  Luke previewed the photos, and saw they were Child Pornography.  Luke did not download the photos.

Luke is very concerned for his safety, since he will be making several international border crossings in the next few days.   Computers are often checked at border crossings.   It appears someone is setting up Luke to be arrested at a border crossing or upon reentry to the U.S.

I spoke on the phone with Luke in his spot in Europe, where he is taking precautions.  Luke will be reporting the email to proper authorities.

Please be aware of such traps.  Never download photos or videos from unknown sources.

Luke reports the email came from: s27du23d@tormail.org This is the email that was sent: 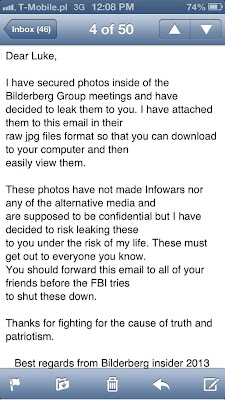