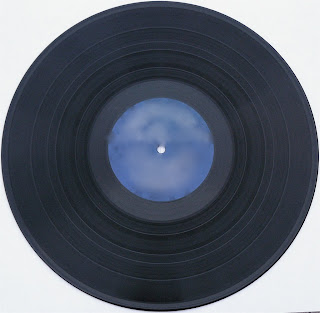 Kanye West recently tweeted out copies of the recording contracts he signed.  Like most artists that sign with major record labels, he found the contracts to be, essentially, a rip-off.  As with past complaints from other music artists, his main complaints seemed to be that the record label owned the copyrights to the sound recordings (Masters) and that the recoupment from royalties was never-ending and based on inflated costs.  These are the same complaints that have surfaced over and over again in the recording industry.

In response, I am tossing out a few ideas here:

The ownership of the Masters is how a record label owns anything.  The record label does not own the rights to the songwriting, as that is "owned" by the publisher.  To me, it seems that the record label could accomplish its goals by licensing the masters for a set period of time, rather than owning them.

Music artists who are dropped from their labels lose the right to distribute the music on their own.  Further, when record labels merge or shut down, many of the masters go dormant or are lost.  People or companies wishing to re-release the music meet practical and legal hurdles that cannot be overcome.  Back when a master was an actual hard metal platter from which vinyl records were pressed, the preservation and location of the master disc were of crucial importance.  Today, with masters usually meaning an infinitely-copyable set of digital tracks or a mixed down version of those, the location of the tracks on a hard drive is also challenging.  Even if someone at a recording studio has been careful about organizing and naming files, and even if the studio is still intact (two real big ifs), does the hard drive still exist and is it still electronically accessible or has it become outmoded and inaccessible because of an outdated operating system or outdated hardware?  If every music recording studio or every record label had the practice of transferring files to updated technology every few years, the preservation and accessing of older music would be physically easier -- even if it was still a legal challenge.  Hence, we come to copyright law, which forbids the copying of such materials without permission of the owner of the copyright.  It seems that it would make sense to give such permission automatically in contracts, and to give this job to someone as a matter of course.  And by someone, I mean some responsible entity, not a person, since people come and go, and eventually die.  If the music dies with "that recording engineer who kept track of things," then the music is probably lost.

Then there are the legal issues.  Sound recordings in the U.S. did not have federal copyright protections until 1972.  Before that, the recordings were subject to a mishmash of state laws.  That is a massive amount of popular music and rock music from the 1960s heyday that were federally protected only in retrospect.  The practices of the major record labels are still based on these factors of sound recordings having a valuable platinum master and not having copyright protection.  There simply is no longer any need for record labels to be structured as they were.

Some small independent record labels have been successful, but mainly if they are owned by a songwriter- music artist who is selling his or her own music independently,.

The second main complaint mentioned by Kanye West, as well as by others who criticize the contracts of the major record labels, is that recoupment is never-ending.  In a nutshell, this is how that works:  A major record label signs an artist and gives them an advance, which is a loan, which is repaid through recoupment through royalties.  Costs and expenses, which are highly inflated and often imaginary, are also recouped.  The vast majority of music artists are not re-signed and make no more money beyond the first advance.  The few music artists that become financially successful hold down the fort for everyone.  This set-up is inequitable and top-heavy.

In the meantime, many really good songwriters and music artists long to be "signed."  They dream of being able to make their music, make enough money, and having someone else take care of the business, legal, and financial end of things.

What are good answers to these problems?  Let's see if we can find some good solutions going forth.