Justin Bieber has been sent a Cease and Desist by the French electronic music duo called Justice.  Justice registered the trademark on the left, in the French trademark system, but not in the U.S.  The Justice duo claims that the cover of Justin Bieber's latest album, called Justice, seen on the right, infringes upon their copyright.

Let's look at why this claim is not likely to succeed.  There are many reasons.  First, Justice did not register their trademark in the U.S.  Second, Justin Bieber has not (yet) filed a trademark on "Justice."

Third, "justice" is a generic term, and this electronic duo has no hold or control over the name.  If their name were unique, such as "Megadeth" they might have some legit claim over the word.  As of now, there are 1014 live trademarks in the US trademark system that contain the word, "justice."

Fourth, Justice claims that Bieber's design on the word, "justice" is too similar to theirs, because they claim the "t" is elongated to create a Christian cross.  Look at the two designs.  Justice uses a graffiti writing style, with little arrows coming off the ends of the letters.  Bieber uses a totally different typeface, a very sleek, chunky, modern sans serif lettering.

Then there is the idea of consumer confusion.  I doubt any fans of Justin Bieber's music have ever heard of the electronic duo, Justice.  Justice's fans have likely heard of Justin Bieber, but they are not likely to confuse these two highly divergent music artists.

I did a search of the US Trademark database to find trademarks that incorporate the word "justice" and also a design of a cross.  I found a short list, and most of them are dead. 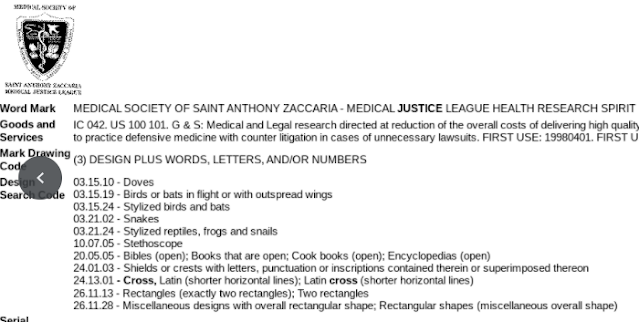 Next, there is an abandoned trademark using the word "justice" and a cross. Again, not similar.

Third, there is a live trademark for insurance claims that is uses a cross and the word, "justice."  It is the most similar to the French Justice music trademark and to Bieber's album cover design.  Even still, it is not similar to either.  The point here is that anyone can use the word "justice" in a trademark, along with a Latin Cross, and this does not mean it infringes. 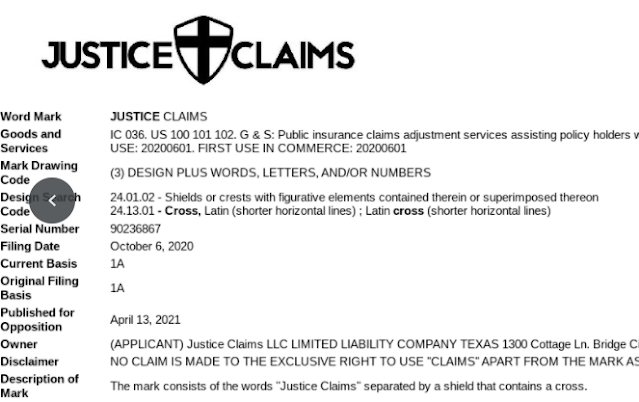 I've read that Justin Bieber has a "Justice" clothing line planned.  He should probably get busy and file a trademark on that, before someone beats him to it.

There's another issue some people are complaining about.  Justin Bieber used some wording from Dr. Martin Luther King, Jr., as lyrics in some of his songs.  He did so with the blessing of the King family.  There is a triple blessing to Bieber using MLK's words as lyrics.  The family/ estate holds the copyright on many of Dr. King's famous writings and speeches.  They use the copyright to protect the integrity of the writings, as well as to make money for the family and estate.  This is most helpful since Dr. King died very young and was therefore not around to support his family.  His words lived on, and protected by copyright, have helped support the family.

Some people have complained that Justin Bieber named Dr. Martin Luther King, Jr as "co-writer" on at least one song.  This is legally a correct thing to do.  The lyrics are written by MLK and therefore, he is a co-songwriter.  This also means that MLK's family or estate is entitled to publishing royalties on the song.  That could add up to quite a bit of money for the family.