Synch Licensing: Using a Song in a Film or Video 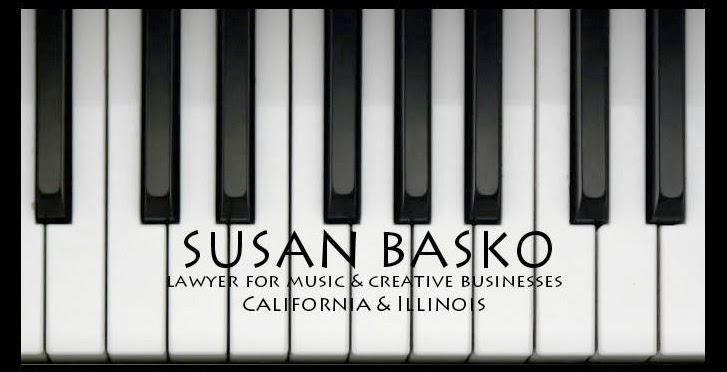 Synch Licensing: Using a Song in a Film or Video
Most Basic Thing in Music Law #2
by Susan Basko, Esq.

You are making a film or video.  You want to use a song or part of a song, even a few seconds of a song, in the film or video.  To do this legally, you need a SYNCH license, or SYNCHRONIZATION LICENSE.  This is also often called a "Music Clearance."

WHAT YOU NEED to use a song in a film or video:

1) A SYNCH license.   This is a negotiated license between the filmmaker and the song publisher.  This is usually and best obtained by using a MUSIC CLEARANCE COMPANY.  The Music Clearance Company will charge a fee of anywhere between $600 - $2000  (more or less) for their work PLUS whatever amount the publishing company is demanding for your use of their song.  The publisher can deny you to use their song and can set any requirements on the use.  The publisher can charge you whatever amount they wish. A synch license is entirely negotiable and up to the whims or desires of the song publisher and/or the songwriter.

TO SUM UP:
To use a song in a film or video, you hire a Music Clearance company to get you a Synch License and a Master's Use license. The Music Clearance Company will probably charge a total of about $1200 - $4000 for this work and the publisher and record label can charge whatever amount they want.   Every film or video should have a music budget. The more money in your music budget, the more likely you are to be able to get the music you most want.

And keep in mind, if  the Music Clearance company has to go into extra difficulty to try to get the songs you desire, it will cost you more in fees for their service.

DOING IT ON YOUR OWN:
It is not a good idea to try to do this work on your own.  It is very complex work and the negotiations and contracts are nuanced.  In addition, there can be many publishers on a song, and many owners on a sound recording.  This is work best left to experts.  Many publishers and record labels will not even deal with a person trying to do it on their own as it presents the publisher and record label with too much risk.  In addition, most E&O (errors and omissions) insurance companies will only cover work by a reputable Music Clearance company, and most film festivals and film distributors require good E&O insurance. In other words, if you want to do anything with your film, you need to use a good Music Clearance company.  Another option is to use a Music Lawyer, but this will probably cost you more in fees, although a lawyer with independent music clients may be able to get you use of good music from one of their clients.

IF YOU ARE ON A TIGHT BUDGET:
If you are on a very tight budget, you might want to use music from a pre-cleared royalty-free music library.  You may not get the exact song you hoped for, but you can get music in any genre or style from a music library.  If you use music from a music library, be sure to have a music lawyer read and analyze the contract.  Some libraries that advertise as being free music actually charge down the road for commercial use or distribution, and some have a time limit for use of the music so that your film or video will "expire" in a year (or whatever).  Just because a website says "Free Music," don't assume that to be fully true.  Have  a music lawyer check it out.

EXTRA INFO:
When a song is edited into a film or video, usually only a few seconds of a song are used.   When applying for a Synch License or Master's Use license, the publisher or record label will want to know how many seconds of the song you plan to use and which seconds.  Longer use of a song is usually for a credit roll at the ending, or sometimes the beginning, of a film.

The publisher and record label will also want to know such things as what sort of film it is, where it will be shown, who you are and your track record, what company you are with and its track record, who are the cast and crew, the nature and genre of the film and of the scene in which the song will be used, the budget for the film, and other such factors. Sometimes a publisher, record label, or artist will want to see the completed scene or film before they give approval for their song to be used.  Using all those factors, the publisher and/or record label will decide if they want you to use their music and if so, how much they will charge. They will also determine other terms they may want in the contract.

It will be your responsibility to have the song properly listed in the credits.  Filmmakers get E&O insurance (Errors and Omissions) to cover any unknown defects in the clearances and /or errors or omissions in the credits.   To qualify for such insurance coverage, you usually will have to use a good