Can a Songwriter Prevent a Cover Song? 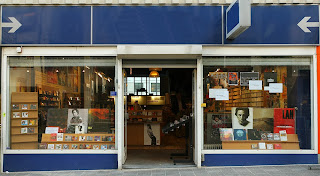 Can  a Songwriter Prevent  a Cover Song?
by Susan Basko, esq

This question was sent to me today by email:

I am a student and in my Entertainment Law Class I asked the question was it possible for a songwriter who has recorded a song to block it from be recorded again.

Example - Taylor Swift writes and records a song, then a year later a heavy metal band wants to record it but she doesn't want her song to be associated with that type of music, can she block it?

I read your article, http://suebasko.blogspot.com/2013/09/recording-cover-song-most-basic-things.html, and it states like we have learned in class that anyone can record a song after it has been recorded.

Is there a case in history where someone has gotten around the compulsory license and was able to block someone from recording the song...if not...is it possible?

Thank you so much for any information you can give me.

THIS IS MY REPLY:

First, the compulsory license laws apply only to songs that are part of the U.S. Copyright system (either registered or subject to it) and only applies to recordings produced and sold in the US.  So if you will note, songs that are kept out of the US system are not subject to it.  For example, if someone in Australia writes a song and does not register it with the US Copyright office, and neither does their publisher, then they are not in on this system.

Second, the compulsory license does not include songs that are part of a musical or opera.  That is why there are so few covers of songs that might otherwise be hugely successful, such as songs from Les Miserable, Oliver, the Romeo and Juliet movies, songs from Wicked or Hair , and on and on.  To record these, the artists wishing to cover them would be required to deal directly with the publisher.  The publisher can say no and if they say yes, they can set any terms and any price.

Third, the compulsory license allows a cover, or copy of the song to be made. It does not allow a derivative work.  So, if the heavy metal band is creating a cover that substantially changes the tone of the song, Taylor Swift might sue.  There HAVE been lawsuits like this, as I recall.  To actually be a cover or copy, the lyrics cannot be changed, the arrangement cannot be changed, etc.  For the most part, disrespect or changing the meaning will come from changing the lyrics, and that is not allowed.

For the most part, most songwriters and their publishers would look foolish if  they are suing for copyright infringement because someone is making a metal or reggae or blues version, or changing the tempo.  And keep in mind, the publisher and songwriter will be making money for each copy that is made.  It is hard to argue with money.

Fourth, synch licenses are not compulsory.  So, say a heavy metal band makes a cover of the Taylor Swift song and it does not change the lyrics or arrangement -- so it is a legal cover.  But say they want to make a music video or appear on a television show where they perform or use their recording of the song, but they want to be vulgar or violent in some way in their visual interpretation of the song.  They NEED a synchronization license to use the song in any way.  The publisher can deny the synch license.  Smart publishers carefully check out the artists that want a synch license and look at what they plan to do with the song. look at how they present themselves, look at their past work.  The contract will also specify what can and cannot be in the synch, such as violence, porn, drugs, guns, etc.  A visual representation is where abusive connotations to a song are most likely to be made, and this can be avoided by not giving a synch license.
Email ThisBlogThis!Share to TwitterShare to FacebookShare to Pinterest
Labels: compulsory license, music lawyer, sue basko, susan basko
Newer Post Older Post Home