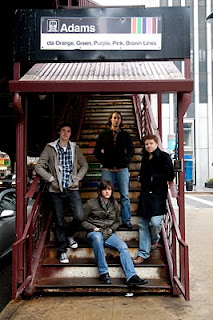 NOTE: Click on any of the photos to see an enlarged version of it.
Click twice and the photo gets huge! Fun!

The photos communicate what you look like, but also what your whole vibe is about. By looking at one picture, the viewers should be able to tell if they want to hear this music or see this band, or not. A metal band must have a different style presentation from a pop band.

Who makes this happen? The photographer! Earlier this year, when the Chicago pop rock band, The Daymakers, needed pictures, I called photographer, Magi Wangler. Magi has a keen eye, good directorial skills, and solid technical expertise.

First, Magi talked with me about what I thought should be the goal of the photo sessions. Then she called Sean Skyler, the band's singer-songwriter, to discuss his goals and ideas. They all met in downtown Chicago on a dreary, foggy weekend day. This was not ideal for picture-taking, but the shivers from the cold do give the photos a sense of Chicago urgency. First, Magi took the band to pose on steps of an el station.

The next destination was out in the middle of Lasalle Street. She shot a series of photos at different angles, with the yellow street lines as counterpoint. One of those photos was later turned into a promo poster for an in-store performance. 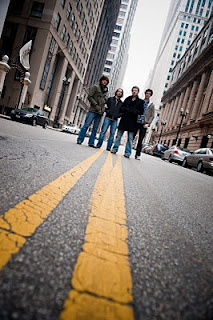 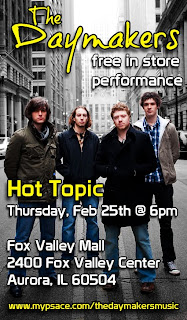 Magi then headed with the band to an old railroad underpass, where she took a series of color and black-and-white photos. These have a great depth to them. Photos were also taken in a park, at the lakefront, and on a rooftop. 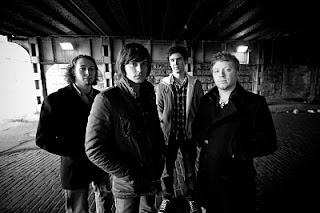 A few weeks later, I called Magi to please come out for a show. The Daymakers were playing at the House of Blues Chicago, and it would be a great opportunity to get pictures of the band in action. The House of Blues dressing rooms are decorated in an "outsider art" style -- very magical and colorful. This made a great setting for photos. 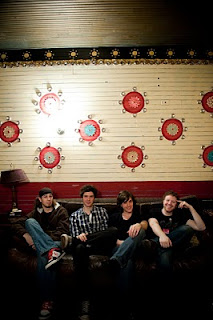 Magi then took a series of photos of the band members descending a winding staircase down several flights to the stage. Then, she took show photos, both from the floor, and above from the balconies. 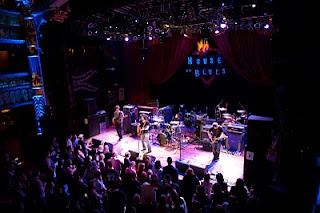 All in all, I was extremely pleased with the pictures. I thought the band's essence had been captured. They could use the photos to show what they looked like in concert.

I recently asked Magi these questions:

Sue: When you are taking pictures of a band, what is your goal?
Magi: To make them look good, and make the picture look good.
Sue: How do you prepare for the shoot/ with the band? how do you find out what they want and what will work?
Magi: First, I listen to their music. You have to see where they are at on the art spectrum. Then, we go from there. I also discuss with them a style or any ideas they have. I believe it is always a team effort.
Sue: What are some trends now in photography?
Magi: Different techniques and styles are coming out every second! But, I have been seeing a lot of editorial or fine art style.
Sue: My brother-in-law says band photos always have to have one guy looking away as if he is too cool. What's your take on this?
Magi: LOL! Sometimes it does look stupid. But other times, it can be very effective. It just all depends.
Sue: What famous band or musician would you like to take photos of?
Magi: The list is too long! I love music!!!!! And all kinds of it, from rap to country and everything in between! But a couple of my faves are Dave Matthews Band and the Black Crowes. I would just love to photograph them!
Sue: What makes a great singer songwriter photo?
Magi: Many factors play into making a great singer songwriter photograph. I feel it is great when I can really show the band’s style and energy through the photograph.
Sue: What do you think makes a certain image stick in peoples' heads?
Magi: Emotion! If you can provoke an emotion from the viewer of your image, whether good or bad, you have accomplished your mission.
Sue: Did you go to school for photography?
Magi: Yes, I did. I have my B.A. from Columbia College Chicago. I majored in commercial photography, but learned all of my basics and started my love affair with photography in high school.
Sue: How many hours do you spend on a typical shoot?
Magi: It's different every time. It depends on the subjects. An average time is about 2 hours.
Sue: Where can you be reached, if bands want you to be their photographer?
Magi: Email Magi at: DocumentTheDay@gmail.com 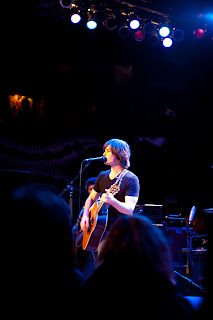