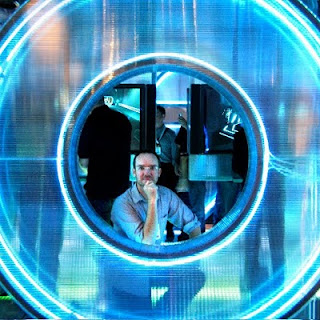 Aaron Kuehn has worked on some really cool designs for events. He makes drawings that are made into all sorts of things/spaces. These are team efforts, often headed up by Keith Greco of Greco Decor. You can see more pictures and read the whole list of thanks and credits at this link: http://www.aarline.info/

Instead of a serious wordy blog post today, I'll share some photos of the recent things they have worked on for Disney games on the 2010 E3 show in Los Angeles.
NOTE: CLICK on any photo to enlarge it. 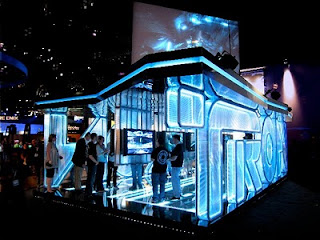 Epic Mickey - Disney - E3 2010
The panels create a magical, organic space.
Pictures and lights are projected onto the panels to change the dynamics of the space. 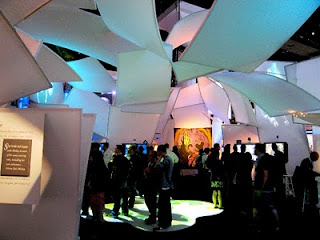 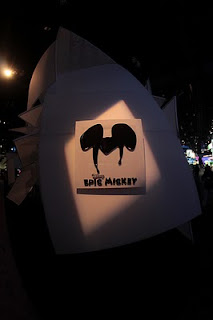 As seen from above: 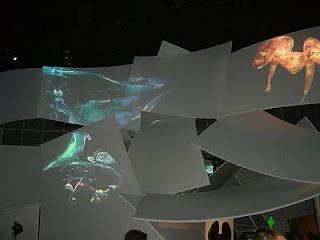 Click to enlarge this picture below. It gives a good idea of the structure
and scale of the space that was created by the panels.
This incredible simple creation is one of my favorites by Aaron. 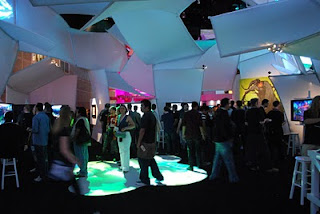 Toy Story - Disney - E3 2010
These buildings were also part of an earlier Toy Story exhibit at Pixar headquarters.
The buildings change color and texture/patterns from within so that each building has many ways of appearing. Fun! 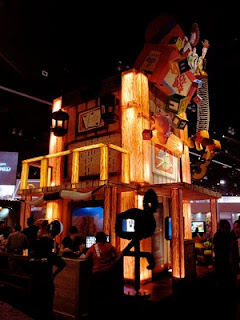 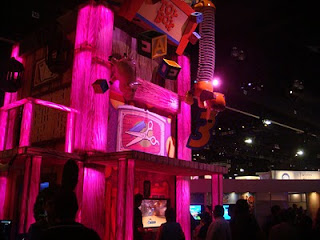