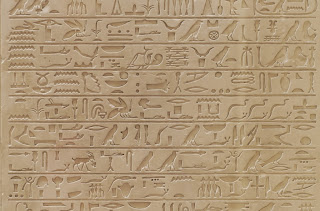 Someone delivers a document of many pages to your home or office.  It does not look like anything you've ever seen before.  It says you or someone else is under investigation by some Department of the U.S. government and that you must cooperate.  It also says that you are ordered not to tell anyone about the letter or its contents.  You are alarmed and afraid, likely terrified.  Congratulations, the government has just treated you to a National Security Letter.  Here's a few things to know:

2) National Security Letters include a gag order, also known as a nondisclosure order.  The recipient is  supposed to tell no one about the letter or about what is being investigated.  They are not even supposed to tell that they got a Letter.  The National Security Letter may go into rather extreme detail, for many pages, listing off what it means by "don't tell anyone."

3) A National Security Letter may be issued to a person or to a company.  The most likely sort of companies are those that deal in internet communications or finances.  Larger companies are more likely to have a lawyer on staff and to be familiar with the Letters.  Individuals or small companies that receive a National Security Letter are more likely to be baffled and frightened by the letters.

4) A Judge in the Federal 9th Circuit (California, Washington, Idaho, Montana, Alaska, Nevada, Arizona) has ruled the gag orders unconstitutional, but has given the government time to gets its act in order.  We'll see what happens.  As of now, recipients of a National Security Letter must comply with the gag order.

5) National Security Letters can be used by many federal government agencies.  In some instances, the main purpose in using a letter seems to be the gag order, rather than the investigatory portion. In other words, the letters appear to be used to shut people up.   Sometimes this may be a valid purpose.  It helps, in assessing a letter, to judge whether the purpose appears to be more investigatory or more to keep the person from going to the media or to the public about a particular topic.

6)  A National Security Letter is supposedly issued for purposes of investigating terrorism or topics of concern to national security.  "National security" has become a broadly-used term that can mean almost anything involving the public or the government.  The governmental agencies are now issuing a huge number of National Security Letters.  That's a lot of intrusion into peoples' lives with no judicial oversight.

7) If a National Security Letter requires its recipient to hand over information, that information is supposed to be non-content.  For example, if the letter is demanding email information, it is only supposed to be asking for who was contacted and when, not the contents of the emails.  Content-based materials are supposed to require a subpoena or warrant.

9) National Security Letters contain a gag order that may be the main purpose of the letter.  If you worked for a government agency and were investigating something sensitive, and if you had an easy tool where you could order everyone involved to keep quiet, would you use it?   Likely so.

10) Tens of thousands of National Security Letters have been issued each year since they were instituted. The Letters are considered by many to be abuses of Constitutional rights.

11) A National Security Letter has 4 main parts.  First, it will tell which agency is investigating.  Many U.S. agencies have been given authority to send National Security Letters. Second, the Letter will tell who or what is being investigated. It may be the recipient, in which case the main purpose is likely to gag the person from speaking privately, publicly, or to the media about the topic or about the letter.  Or the letter may state that someone else is under investigation and may demand that the recipient hand over the requested information about that person, company, or organization.   Third, the letter will state what materials, if any, must be handed over.  Fourth, there will be a detailed gag or nondisclosure order.  If this is highly detailed, then the recipient may assume the main purpose of the letter is to force the recipient to keep quiet because an investigation is ongoing.

13 ) If you plan to violate the demands of the Letter, discuss first with a lawyer.  Several business owners have closed down their services rather than compromise the future privacy of their clients.   One such business owner is Ladar Levinson of Lavabit, an encrypted email service.  It is believed that Lavabit received either a National Security Letter or a secret subpoena.  Rather than comply, he closed the service.  He was immediately threatened with jail, but it is dubious the government could force him to keep running his business so they could use it to spy on people.   You can read Mr. Levinson's letter about this HERE, or below:

My Fellow Users,
I have been forced to make a difficult decision: to become complicit in crimes against the American people or walk away from nearly ten years of hard work by shutting down Lavabit. After significant soul searching, I have decided to suspend operations. I wish that I could legally share with you the events that led to my decision. I cannot. I feel you deserve to know what’s going on--the first amendment is supposed to guarantee me the freedom to speak out in situations like this. Unfortunately, Congress has passed laws that say otherwise. As things currently stand, I cannot share my experiences over the last six weeks, even though I have twice made the appropriate requests.
What’s going to happen now? We’ve already started preparing the paperwork needed to continue to fight for the Constitution in the Fourth Circuit Court of Appeals. A favorable decision would allow me resurrect Lavabit as an American company.
This experience has taught me one very important lesson: without congressional action or a strong judicial precedent, I would _strongly_ recommend against anyone trusting their private data to a company with physical ties to the United States.
Sincerely,
Ladar Levison
Owner and Operator, Lavabit LLC
Defending the constitution is expensive! Help us by donating to the Lavabit Legal Defense Fund here.