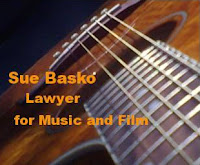 Below is a partial list of U.S. Federal Computer Crimes and the sections in the Federal code that pertain to them.   The laws given are the sections under which the Federal prosecutors charge and prosecute.  In addition, there are Internet Hate Crimes, which come under Civil Rights laws. Hate crimes are acts based on a person's race or religion. There are also federal laws against internet gambling, and sales of drugs or alcohol on the internet.

In addition to federal crimes, most states have computer crimes laws, especially laws against harassing or cyberstalking.   The laws that apply are the ones where the perpetrator is located, where the victim is located, or where a company is located if a website or service is involved.

I will cover some of these laws in-depth in upcoming blog posts.  If you want to know about a certain one, please send an email.    YES - There are a lot of computer laws!

FEDERAL COMPUTER CRIMES
and the legal sections under which they are prosecuted:

Cyberstalking: (see also Electronic Harassment)
18 U.S.C. § 2261A (using any facility
of interstate or foreign commerce
to engage in a course of conduct that places person in reasonable
fear of death or serious bodily
injury to person, person's spouse or
immediate family)

18 U.S.C. § 2423 (transportation
of minors or travel with intent to
engage in illicit sexual conduct)

18 U.S.C. § 1466A (obscene visual
representations of the sexual abuse
of children)

Extortion:
18 U.S.C. § 1030(a)(7) (transmitting,
with intent to extort, communication
containing threat to cause damage)

18 U.S.C. § 875(b), (d) (transmitting,
with intent to extort, threat to
kidnap or harm a person, or threat
to injure a person's property or harm
a reputation) (Hobbs Act)

18 U.S.C. § 1951 (interfering with
commerce by robbery, extortion,
threats or violence)

18 U.S.C. § 2319A (trafficking
in recordings of live musical
performances)

18 U.S.C. § 1028 (fraud in connection
with identification documents and
authentication features)

18 U.S.C. § 1001 (making false
statements in any matter within the
jurisdiction of the government)

18 U.S.C. § 1030(a)(2) (accessing a
computer and obtaining information
from any department or agency of
the United States)