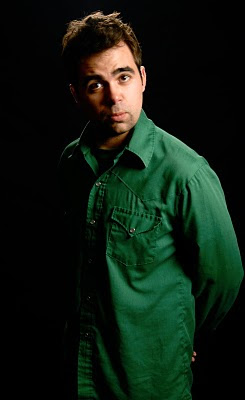 Leiv Parton is a videomaker, musician, and ad agency worker in New York City. He made music videos for Ian Axel, including the famous, simple, "This is the New Year" video. Leiv also made videos with other very talented music acts, such as Greg Holden and Eastern Conference Champions. Leiv has worked with Conan O'Brien. He made a commercial for Christian and Missionary Alliance, a Church specializing in foreign missionary work. I have embedded some of Leiv's videos into the blog below, and I hope you will take the time to watch them. From his first video that I saw, Prayer, I have been taken by the honesty, energy, and simplicity of Leiv's video work. Leiv is one to watch in the years to come. Leiv has graciously answered my questions:


I think your first video that I saw was Prayer. It struck me as true, clever, deep, and funny all at the same time. Please tell me about it.

Thanks. It was a project I made with a good friend. Like most good art as cliché as it sounds. It was one of those things I just had to say and was struggling with. It sort of all came out at once but probably was 20 years in the making.

I think the second video of yours that I saw was Ian Axel in Times Square, the promo for Ian's song, "Afterglow." It is simple and genius. How did you come up with the idea?

That’s flattering. I just wanted to create something that complimented the song and didn't distract or bore. That's sort of a fine line. But I think it worked here and was a fun little project.

How did you do the backwards effect?

We shot it backwards and then reversed it again on the computer. Double negative = positive. Now I don't have any secrets left.

That video and others appear to be done on a simple camera -- what did you use?

I've used a variety of cameras. I used to use the DVX a lot, then the HVX, now we use a lot of Canon DSLRs. I'd like to work with some new HD cams like the new phantom or shoot on the red.


You work for an ad agency, right? What do you do?

Yes, I work at Blonde and Co. We specialize in strategy and execution for the beauty industry and work a lot with L’Oreal and their brands. Recently I toured the US shooting interviews and now we are on the road again to present what we've shot and created. It's been a great time and I'm lucky to work with great people that know what they're doing.

You've done a few projects with Ian Axel. How do you know him or how did you connect with him?

I met Ian back in 2006. We had mutual friends that connected us at a show. He played "Afterglow." Later I made a quick video and the rest is history.


Please tell me about the concept, planning, and shoot of "This is the New Year."

New Year is such a great song and as soon as I heard the full band version I knew I had to make a video for it. The song obviously touches people and is loaded with that viral new year's resolution optimism and energy.

Personally, what I find interesting and love in most art or videos is energy and honesty. Probably because I think it's pretty hard to find nowadays, but that's a different story.

I always love how people sort of spark to life when put in front of a camera, specifically when you try to jam 8 friends into a photo booth. So that's what I wanted to do for 3 minutes. I wanted to keep the camera set up simple and focused on Ian and Chad and all of the people. I did a quick test and instantly knew it would work. It’s all in the edit and energy of the people.

It sounds lame on paper, in fact, some friends still make fun of me for it, “oh maybe people could just stand in front of a white wall the whole time.” But I guess every idea is lame if you break it down far enough.

ANYWAY, with that new info and excitement we brought a simple camera set up to a friend of ours house party and hung out till 4 in the morning. A lot of people didn’t quite know what was going on or what to expect. But our job became all about getting people to have fun and being comfortable and then trying to get the most entertaining and energetic 3 minutes out of someone in a small space...over...and over. It’s not too hard on a Saturday night. The other secret is in the framing. If it was any wider or if there were other locations it’d be a completely different video.

Ian and I have talked about it a lot since then and others have commented how fun and how much energy there was. And it really was. I'll take credit for the idea and getting the most out of that small space with the edit and let Ian and everyone else take credit for being themselves and going for it.

When you do a video shoot, what is your typical equipment set-up and crew, if any? 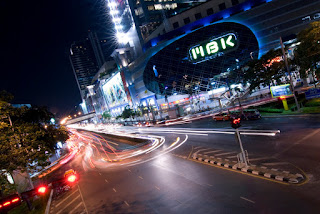 It's different every time and every where I go. I've directed bigger shoots with 20 people and giant trucks in downtown LA and other times it's just been me and a backpack in the middle of the desert in Africa. It always depends, but I'd like to direct some larger productions again soon.

Much of your work looks hand-held? Is it?

Yes, a lot of that has been based on necessity and needing to work quickly. But I also really like the energy and reality that it can bring. But I'd love to be able to rent expensive cranes and dollies for future shoots.

What program do you edit on?

Do you have a philosophy/vision of video? If so, what is it?

Interesting question. Yes. I guess I just always try to approach with my best effort and always try to bring something new to the table. That sort of seems like an obvious thing to say though. Basically I just ask myself what I'd like to see or what I wouldn't get bored by and go from there. I'm pretty hard on myself try to set high goals...this sort of backfires and makes it very hard for me to be content or happy with my work, but it also pushes me to always do something better or bigger. I guess that's more of a work ethic answer.

Tell me about you, your background, what led up to where you are today.

I picked up a guitar and a video camera in middle school. It sort of just became my thing and I was sort of that “artsy” kid in the smaller town where I grew up. One video led to another backed by a few people really believing in me enough to let me make videos. Then as a freshmen in College I got to travel to Africa/Asia to shoot a some mini-docs. And doors just kept opening up after that. But I couldn’t have done it without my parents or mentors along the way. fo sho.

What do you see in your future? What would you like to do? 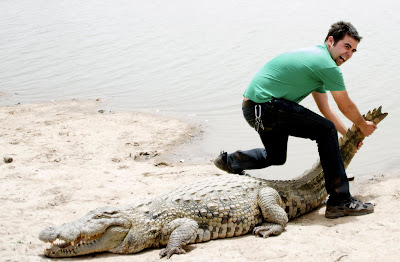 Work with some creative people on something that seems overwhelming or too big or too crazy and then pull it off. It's hard for me to say exactly.
I've had great opportunities with amazing people that last few years, Things I wouldn't have dreamed of. Like working on the Tonight Show with Conan or traveling the world, shooting music videos or now working at an agency in NYC. It's a lot of hard work. But still great. I guess all that to say, I just want to keep my options open so that I'll have the freedom when opportunities arrive like I have in the past.

I'd like to solve some real issues like clean water or poverty. Seeing first hand some of the issues in Africa/Asia has stuck with me. But it's a complicated mess and very easy to not engage and become overwhelmed. I'd like to help change that and understand all of it better.

Tell me about the intersection of video and world goals, video and art, video and politics. 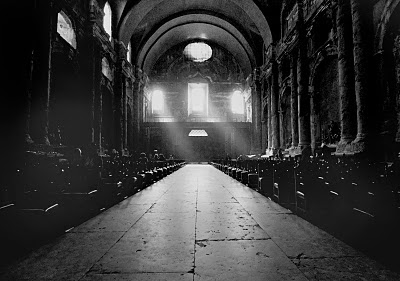 It's an art to combine art and video. The reality is that a lot of "art" isn't really art anymore. It's business. Or people in business get the final say on art. That's a cliché thing to complain about, but I see it more and more. But I think there's still a lot of hope.

For me it's very important to have realistic expectations for projects and people. Not every project is about art or feeling creative throughout the experience. Sometimes it's just hard work and not so fun.

One thing I learned from Conan was that TV is a quantity business and not every minute of every show is a knockout. And that's fine. Not every song is a single. Every day can't be Christmas...etc etc etc. But I guess I'm just trying to balance both worlds so I can pay rent and have enough time and energy for the things and people I'm passionate about. It’s not always a bad thing, but it’s something to know.

You have been lucky to have some extraordinary musicians to work with. I am not sure there is a question that goes with this, but if there is, please answer it.

Yes. I agree. I hope the feelings have been mutual.

Are you looking to make more videos? If so, what is your ideal next project(s)?

Yes. I'm always up for more videos. I'm in the middle of 2 music videos as of March. Perhaps another in April. And I have a handful of other video ideas with some other artists as well. But I'd also like to direct some commercial specs and some comedic shorts. And then again, maybe I should start a band? I know power chords and like to have a good time...how hard can it be?
AND WORLD PEACE.