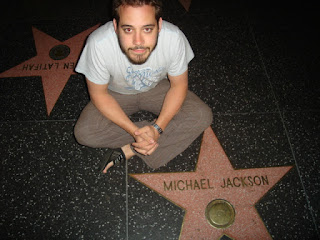 INTRO: Patrick Gunderson is a psychologist and a musician who works with adolescents at a Chicago suburban behavioral health hospital. He is also a musician and so he uses music as part of the therapy process. Dr. Gunderson gives his insight on musicians and suicide below.

This is part 2 in a 3-part series.
Please see the first part - Substance Abuse: Mental Health and Music

DEPRESSION: What is it?

Boy... how about a list of the symptoms? Significant decrease in mood, feelings of hopelessness/worthlessness/helplessness, loss of interest in previously enjoyed activities, change in sleep and appetite, irritability, the list goes on. These are always the things to look for. Many times, they are noticed by peers, loved ones, and co-workers before they are noticed by the person who is experiencing the symptoms.

Depression often has a biological and chemical etiology, making it a very tricky illness to treat. The most common treatment is a combination of psychotropic medication and psychotherapy geared towards addressing the relationship between the thoughts, feelings, and behaviors mentioned above. There is a particular focus on people's self-defeating and distorted thoughts.

Depressives tend to self-medicate. What is popular and why?

I think it largely depends on the person and, frankly, what works. Marijuana and alcohol abuse is seen quite frequently, and prescription pills are becoming more and more popular. My theory is that, since it takes a lot of effort to overcome depression (e.g., reframing of irrational thoughts, awareness of feelings, and a significant change in behavior), drugs are simply easier. They're easy to find and they're quick. Unfortunately, it's a temporary solution to a much larger and long-term problem. Even psychotropic drugs prescribed by psychiatrists are not as effective on their own as they are in combination with therapy.

Suicide. There have been a significant number of musicians who have died early deaths by drug overdose or other forms of suicide.

In my opinion, fame is a fickle thing. It's probably difficult to please fans and record labels at the same time, and it's probably even more difficult to spend the majority of your fame touring. And as times goes on, the stakes get higher. There is an overwhelming amount of pressure to stay relevant. If your latest record sounds too much like your last record, people are unhappy. If it's too much of a departure from your last record, people are unhappy. If you take too long to record your next album, people are frustrated. It's a very delicate balance. Another huge source of frustration for musicians is how to make money. The REAL source of income is money made from touring - ticket sales and merchandise. Imagine the anxiety this must create. Imagine how difficult it must be to handle a relationship or raise a family when there is this much pressure in one's life. There comes a point when this kind of lifestyle is no longer tolerable or functional.

The real irony is this: For many musicians, pain is inspiration. Several of my favorite recent albums were written and recorded in the midst of personal tragedy. Arcade Fire's "Funeral" was recorded shortly after the death of three different individuals close to the band members.


Cursive's "The Ugly Organ" was written after the lead singer's divorce.

You can hear the heartbreak so clearly in these albums.

Brian Wilson's masterpiece, "Smile," took nearly 40 years to be released because he struggled with mental illness for many years.

MF Doom, a very gifted rapper, suffered the death of his brother and completely changed his style of rhyming to create a darker persona. Yet, he's very quirky - even wears a mask.


If you're not faint of heart, this video by Gnarls Barkley is simultaneously clever, symbolic, and heartbreaking. (Embedding disabled, watch: http://youtu.be/W4bvRamMiY4)

I am thinking of Amy Winehouse and Elliott Smith. It seemed no one could help them. Britney Spears’ dad went out on a limb and got guardianship over her. Since he did that, there have been fewer stories of wild activity. When might this be a good idea?

I think it's appropriate to step in when you feel a loved one is no longer in control of their addictions and/or their mental health illnesses, and when they appear to be functioning at a level of utter self-sabotage. At the hospital where I work, many of the teenagers are brought in, in their minds, "against their will." I suppose this is one of the fortunate things about being a minor; you can't really refuse hospitalization.

Britney's dad made a decision out of desperation. Britney's behaviors were impulsive, dangerous, and irresponsible, and I believe she had very little insight into the chaos she was creating for herself. It was probably the best thing he could think to do at the time and it may have saved her life.

Let’s talk about suicide preparation and suicide rehearsal. What are these?

The terms typically used in my field are ideation, plan, and intent. "Ideation" refers to thoughts of suicide, possibly even fantasies. "Plan" means that the person has identified a method for how they will do it. "Intent" indicates that the person not only has a plan, but also full intention to go through with it.

"Rehearsal" is not a term I've heard very often, but I would place it somewhere between the "plan" and "intent" stages. I assume this is the period during which suicidal people scope out locations and evaluate whether their plan will be effective. This is a very scary thing and hits a little close to home.

Over the last two years, at least three adolescents I worked with committed suicide by laying on train tracks. I've heard a couple of stories from teenagers who sat next to the tracks or laid on them and contemplated what it would be like. One gentleman measured the distance from his roof to the ground to see if it was high enough to kill him.

I have seen several instances where what was apparently suicide rehearsal was said to be a joke or goofing around. In one instance, the person then killed themself by that very method within months of the “joke.” Do people doing these things realize it is a rehearsal and not a joke? or is it both?

As cliché as it sounds, I strongly believe in the "cry for help" idea. So I think it's that.

What can any of us do to prevent suicide?

The primary factor here is awareness. Let’s start with some statistics. Suicide is the 11th leading cause of death in this country, the 3rd leading cause of death in youths, and the 2nd leading cause of death for men between the age of 25 and 34. The most significant increase in suicide in the last ten years is with adults aged 45 to 64, particularly among men this age in the working world. Research has shown that 90 percent of people who die by suicide have a diagnosable psychiatric disorder at the time of their death, most often untreated depression.

It is crucial to know the warning signs (for reference: http://www.suicide.org/suicide-warning-signs.html). It is a myth that suicide happens without warning; most times, people give clues (e.g., making comments, giving away possessions). One of the most significant warning signs is major depression. This is not to say that every person with depression is at risk for suicide, but the risk always increases as symptoms of depression increase, especially if the person had a previous attempt.

It is also a myth that discussing suicide will further perpetuate suicidal thoughts. Sometimes, people avoid these conversations due to a fear that it may make a suicidal person even more suicidal. This can not be any further from the truth. It needs to be discussed and suicidal people need to be continually evaluated. One of the limits of confidentiality in a therapeutic relationship is when a person discloses intent to commit harm to themselves. As therapists, we always take these comments seriously and are mandated by law to inform whoever possible to prevent harm. When working with teenagers, the person to be contacted is typically a parent or guardian. We do this at the risk of our clients being angry and distrustful towards us. Friends, who are often the first person to hear a suicidal threat, do this at the risk of harming a friendship. It’s a price that, unfortunately, must be paid. If you suspect that someone you care about is suicidal, do not ever be afraid to ask for help from family, other friends, or people in the mental health field.

Do you think suicide is sometimes justified? I had a friend who had intractable, progressive mental illness and it truly was preventing her from accomplishing any of her dreams or goals. She was so creative and intelligent, but her whole life was reduced to this illness. She tried numerous times to kill herself. Finally I told her that if she did it, I would understand. She did it, and I did understand, although the method by which she did it was horrific. Does it sometimes just get too much for a person to have such illness?

This is the kind of question that I'm rather uneasy about answering. In my profession, suicide is never justified. Personally, I do sympathize with the feeling that it's impossible to go on any longer. At times, death can seem like the proverbial "greener grass." However, I'm also a very spiritual person and I believe that the universe does not want anyone to do this. Nor do the majority of people who surround a person suffering with symptoms of this magnitude. There is always help available. Life may not necessarily become enjoyable, but it can become more tolerable and more livable.

Give us some wise words.

Many times, people ask themselves the painful question, "why?" Why did this happen to me? Why did I do this to myself? Why was my childhood so horrible? Why was I raped? There are many questions to which I do not have the answer, but I believe I have the answer to the question "why?'"
The answer is "because." Now let's start healing and moving forward!

Give us some comfort.

Every passing moment that we live is an opportunity to start turning it all around.

Give us some advice.

I often wish that dragons were real.