Demo Reels - Why and How-
with Darryl Harbeck 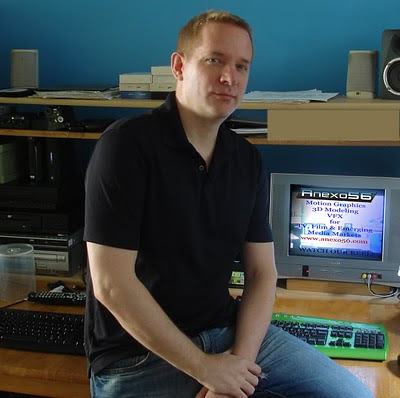 Demo Reels - Why and How - with Darryl Harbeck
by Sue Basko, esq.

A demo reel is a short video that edits together the highlights of the best work of an actor, or of a film director, editor, lighting person, set decorator, etc. If you are thinking of getting a demo reel -- this blog post is for you!

Today's special blog guest is Darryl Harbeck, of Hollywood, California, owner of Suntopia Films and Anexo 56, a new international computer motion graphics company. Darryl and I have been friends for many years. Darryl is a very good video editor and cameraman, but he also knows the other side of the business. Darryl's best friend growing up is now a very successful comedy writer. Darryl studied comedy improv at the Players Workshop of The Second City. Lately, he has produced and directed video for the famous Stella Adler Academy of Acting and Theater in Los Angeles. He also studied acting in the school's intense classes.

Darryl has made demo reels for some of the best actors in Hollywood. Darryl is the go-to guy for managers and agents who want to get their clients a demo reel that is top-notch. I've watched Darryl at work making demo reels. I've seen the effort he goes through to pull out the best of the actor's work and turn it into a little gem.

"Demo reels" used to actually be reels of film, but now, they are DVDs and video on the internet. Click here to see some demo reels made by Darryl. If you view all 11 videos on the page, you'll have a good idea of the possibilities. You can get Darryl's contact info right there on the site, too, or email: Darryl@SunTopiaFilms.com

I threw some questions at Darryl, and he came up with helpful answers: 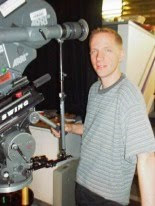 Darryl: A good reel shows the acting range of the actor in a very quick manner. An average reel can run 2.5 to 3.5 minutes, however, it's very common for reels to run even shorter.

A good editor is always looking for ways to cut long shots, shots on other actors, cut-aways and trim the dialogue of other actors to the bare minimum. Dramatic pauses may work for your movie, but they're cut down or removed for a demo reel. Foul language, gore and nudity is generally avoided.

Thinking of saving your best scene for last? Think again. Most people won't watch the whole reel. Put your best stuff right up front, shorter scenes first. This way, whoever is watching sees more of your best work in the shortest amount of time.

Avoid video and headshot montages to music. That's old school and just annoys people. Get right to the work, that's what people want to see...can you act, and what type(s) are you? The one exception to making a montage might be if you have a few "special talents" that you can show in short order (stunts, horseback riding, fire eating etc).

Don't make the mistake that many do...saving up material until you have enough to make a "brand new" reel. Rather, as soon as you get a new scene worthy of your reel...get it on there.

People want to see your latest and greatest. Your demo reel is ever changing, ever evolving...that is until you are a super star and don't need one anymore.

Sue: A BEGINNER COMES TO YOU FOR THEIR FIRST REEL. WHAT DO YOU WANT THEM TO HAVE AND IN WHAT FORMAT?

Darryl: I always prefer to work with the actor during the edit rather than them just dropping stuff off. Working together is more collaborative and more productive....and more cost-effective.

Actors should review the material in advance, make selections and write down the time-codes of where to find each scene on the file or DVD. Try not to identify more than 10-15 minutes of material that we'll be working with. Remember, you're cutting it down to a couple minutes and the editor doesn't need to see every frame of film you've been in.

If you have computer files of your work, bring them, but also bring a regular "playable DVD" as a backup (if you have it). That's a playable DVD that plays on a DVD player (not your computer).

Sue: WHAT DO THEY WALK AWAY WITH?

Darryl: You get a DVD Master. You can make copies from that on your computer, or have me make them for you.

You also get a digital internet version that you can upload to website of your choice (Actors Access, Youtube, Vimeo, your website...wherever). Then just send the link to the people that you want to view your reel.

Sue: HOW IMPORTANT IS IT TO HAVE A DEMO REEL? WHO DOES THE ACTOR GIVE ONE TO?

Darryl: Usually the first thing an agent, manager, casting director, producer or director will ask an actor is, "Do you have any tape on your self?". That's them asking for your reel. If you are prepared, you say "Of course". If not, you just sort of stammer and stutter. Demo reels don't "usually" get you an acting gig, but they can get you a meeting or an audition.

Sue: WHO ELSE HAS A DEMO REEL BESIDES ACTORS?

Sue: WHAT IS THE IDEAL DEMO REEL FOR ADVANCED BEGINNER?

Darryl: The same for everyone...one that shows your latest and greatest in short order.

Click here to see some demo reels made by Darryl. If you view all 11 videos on the page, you'll have a good idea of the possibilities.

You can get Darryl's contact info right there on the site, too, or email:

You may also want to read these related posts:

What is a Talent Agent and How Do I Get One?

Rob Adler on Acting, Teaching Acting to Children and Adults, Games, and Other Thoughts